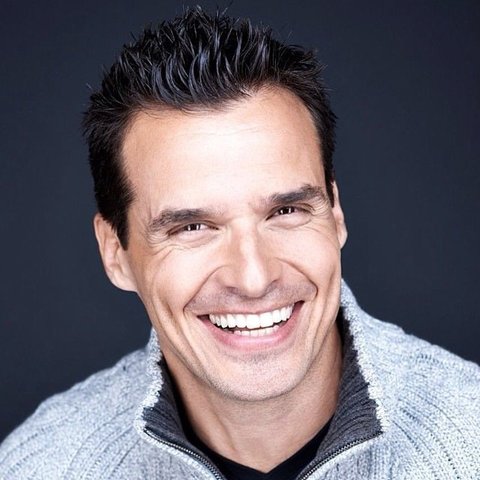 Los Angeles, California — June 06, 2017 — Global UHD-HDR television network, VIVE Lifestyle Network, is spearheading its self-ascribed UHD Initiative in an effort to create an entertainment destination for and feed the viewing appetite of the multi-millions of ultra high definition screen owners worldwide. While the demand for the UHD content is evidenced by sales statistics and consumption trends, the challenge lies with supplying viewers the UHD content they crave. VIVE has identified a massive opportunity in the marketplace with designs to disrupt the traditional television industry with a little help from show business veterans Antonio Sabato Jr. and award-winning director, Matt Richards, among others.

A cornerstone of VIVE’s ethos is to facilitate the creation, distribution, and monetization of original, premium 4K entertainment on behalf of third-party content creators by leveraging its technology platform and branded connected TV apps. VIVE’s platform is available to content creators and production professionals, including broadcasters and celebrities, keen to sever from the status quo of the television industry and have the freedom to connect directly with audiences and advertisers – a concept VIVE refers to as the TV Revolution.

“The premise of VIVE’s service is to empower and connect premium program producers and consumers in an innovative and democratic way,” said John Jacaman, Founder, VIVE Lifestyle Network. “We are witnessing the dawn of a new era in entertainment, and the possibilities are endless.”

One of the first 4K television production pioneers is award-winning writer, director and producer, Matt Richards of England, who has directed shows such as Discovery UK’s longest-running cooking series, My Greek Kitchen, the UK hit show Extreme Fishing with Robson Green, The Hungry Sailors, BAFTA-winning series Wife Swap, VIVE original Adventures in Gardening with Toby Buckland, and many others. No stranger to the television establishment, Richards will play a key role in trailblazing the UHD Initiative by developing, directing, and producing fresh serial programs of various formats and genres, as well as relevant commercials, specifically for VIVE Lifestyle Network. His breadth of experience with filmmaking and music legend biographies will lend especially well to VIVE’s forthcoming music and entertainment-themed SHOWBIZ channel.

Although the hallmark of the network’s repertoire will largely be of the factual entertainment variety, its multi-channel format allows for niche exploration and expansion. Consequently, VIVE will also launch a modern-day soap opera channel with a twist, tentatively entitled SOAP, for which it is developing an original scripted serial drama, The Image, that casts former Calvin Klein model and General Hospital star, Antonio Sabato Jr., in the lead role.

“I am honored to be invited to collaborate with VIVE and am very excited about the sheer innovation,” said Sabato Jr. “This proactive way of thinking is where I want to be in my career. I believe that having the opportunity for self expression and to work together with content creators and advertisers to the advantage of the viewers is the future.”

A tale loosely based on reality, The Image promises an epic story of love, passion, sex, betrayal, lies, failure and success against all odds. Matt Richards will head a team of writers for the series which will be set in Los Angeles, Dallas (TX), Barcelona (ES), and London (GB). Castings for additional roles in The Image will be announced in the weeks ahead.

Matt Richards is an award-winning film director, television producer and screenwriter who has written and directed numerous documentaries and series in the UK and the U.S. In 2012 he was awarded the Spirit of Tiger Award for “Outstanding Documentary Coverage of World War II”. He directed and co-wrote the feature film To Say Goodbye, which was screened in competition at the 2012 San Sebastian International Film Festival.

More recently, he has co-penned two critically-acclaimed rock and pop icon biographies – Somebody to Love: The Life, Death and Legacy of Freddie Mercury and 83 Minutes: The Doctor, the Damage, and the Shocking Death of Michael Jackson – both of which divulge detailed accounts of their respective subject’s meteoric rise and fall… and ultimately untimely death.

Antonio Sabato Jr. once overlooked Time Square from a 90-foot billboard dressed only in his Calvin Klein underwear. The iconic fashion designer hired the actor to be the company’s first celebrity model since Mark Wahlberg and it was shot by famed photographer, Herb Ritts.

His big break came when he was cast in the infamous Janet Jackson video “Love Will Never Do Without You,” also shot by Ritts. Everything started, however, when Antonio joined the cast of ABC’s General Hospital as ‘Jagger’ in the spring of 1992. He later also starred on the popular CBS daytime drama The Bold and the Beautiful playing a role created specifically for him.

Since then, Antonio has had a long and varied career, including a VH1 reality series, My Antonio, as well as appearances on Melrose Place, CSI: New York, Baby Daddy, Dancing with the Stars, and even his own syndicated renovation show, Fix It & Finish It. Some of Sabator Jr.’s film credits include Little Women, Big Cars II, Balls to the Wall, The Big Hit and The Three Stooges.

Back to Newsroom
Categories: Press Releases